Does Gen Z Have Any Work Ethic?

“I’m a millennial and started recently hiring Gen Z. I’m convinced these clowns look for every excuse to not work.”

“How do they swing this unprofessionalism?”

These are just a few comments that were left on our company TikTok which displayed some Gen Z Google calendar time blocks with cheeky event names. When we made the light-hearted video we surely didn’t anticipate almost half a million views and now a generational debate.

On the flip side of the Gen Z haters, we also received dozens of comments in favor of their more laid-back lifestyle. Support spanned all generations with Pro-Gen Z comments such as:

“As a millennial, I do respect the Gen Z boundary creating. Wish I would’ve learned to do this wayyy earlier in my career”

“This Gen Xer thinks this is brilliant. Honestly, a lot of meetings should be an email…or on Slack DM”

“Honestly this is a good thing. Nobody really should work 40 hours a week. You can get the same amount of work done in a focused 20 hours.”

So it begs the question– Does Gen Z have any work ethic? Well, it depends on who you ask.

First, let’s look at the generational breakdown.According to Pew Research here are the generation classifications based on birth year.

And then what about those born after 2012? The newest up-and-coming generation is “Generation Alpha” for those born in 2013 to present day. 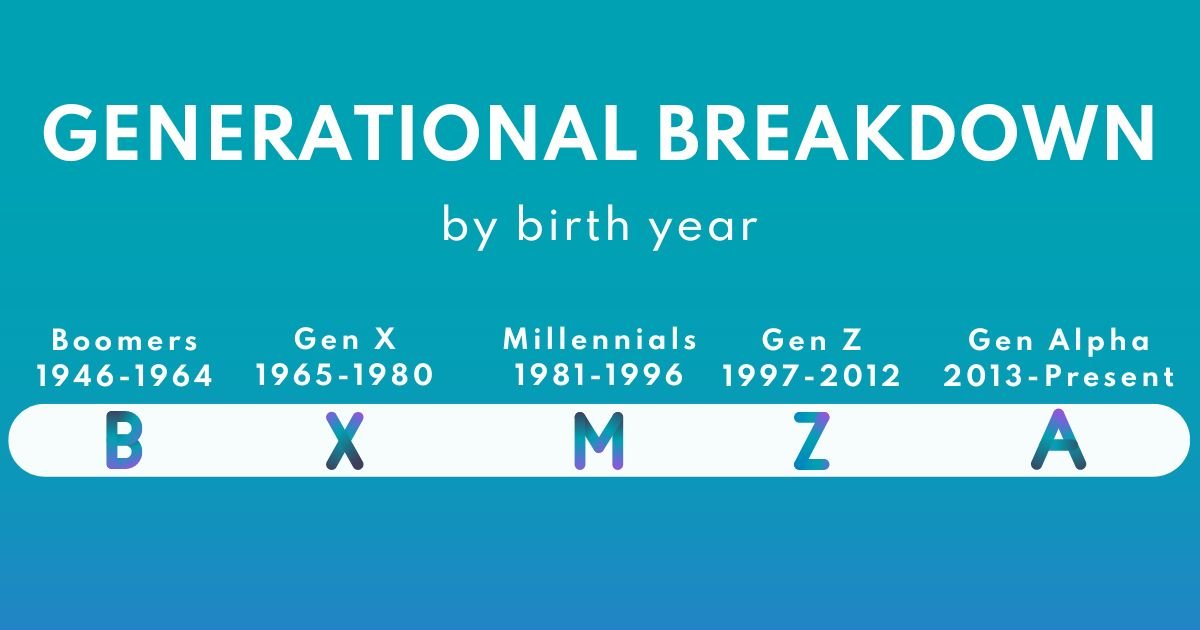 Personally, as a millennial, it was a bit of a shock when I started having Gen Z colleagues. Quickly I started to recognize that a lot of time Gen Z was actually saying what I was secretly thinking. When my younger colleagues spoke up, many times I’d glance around the conference room table to gauge others’ reactions to the snarky remarks. I can’t quite put my finger on it, but Gen Z workers have a certain je ne sais quoi about them.

So when I started writing this article, I decided the most logical step would be to check in with our resident Gen Z expert, Izzy, to get her first-hand thoughts on her generation’s work style.

KS: What do you think sets Gen Z apart from other generations in the workforce?

IK: I think that Gen Z is really trying to find balance. A balance between work and home life, and a balance between professionalism and authenticity. A hallmark of our generation is that we have no time for things that don’t serve a purpose. So if a work-in-office requirement exists, but we work just as well from home, we are probably going to push back.

KS: Why do you think people reacted so strongly toward the TikTok video?

IK: I think the negative reactions largely come from a place of forgetting what TikTok is, which is an advertising tool. The entries in the calendars were dramatized for comedic effect. Our office does not take Friday the 13th off because of bad luck. But if we DID, that’s our business! You don’t have to explain your PTO to anyone. If I want to take a day off because I’m going to a basket weaving competition, that’s my prerogative. It doesn’t show a lack of work ethic to use your benefits. For other things, like not talking to someone in the morning, it’s just a funnier name for something lots of people call “focus time” on their calendars. Different name, same outcome. I finally get to answer your emails from earlier this week because no one talks to me for an hour.

KS: What advice do you have for someone working with someone from Gen Z for the first time?

IK: I would say be open to weirdness. You will likely be unfamiliar with our sense of humor or how we operate in the workplace, but we have a lot of value to add! We are willing to take creative risks and bring new perspectives to projects. Listen when we say something, even when it’s not what you expected to hear.

KS: Any final thoughts on the topic?

IK: I don’t want people to think we are anti–professionalism. Rather, we are interested in redefining what professionalism IS. It isn’t professional to contact someone who is on vacation, but I don’t care if someone shows up to work in sweatpants. And just because I operate this way doesn’t mean I think anyone else has to. If you feel better at work in a suit, then wear a suit! Just get things to me on time, create quality work, and be respectful and honest when we communicate. Everything else is none of my business.

So, the question still remains… Does Gen Z have any work ethic?

Personally, I don’t think work ethic is a generational attribute. In every group, you’re going to have varying levels of diligence and dedication to the task at hand no matter how old they are. However, I do believe that Gen Z is pushing the boundaries and creating some ripples along the way. They’re leading the way for some long overdue changes in the workforce, and most don’t like change so it’s rubbing some people the wrong way… who are angrily taking it out on our TikTok account.

And as for what’s next when Gen Alpha enters the office? Time can only tell what changes they’ll bring.

Magnifi U is a free, immersive, online personal and professional development platform that helps people align with their purpose and harness their unique superpowers.

From helping individuals nurture their well-being with free courses on how to Embrace Happiness and Building Resilience to providing them with tools to help them identify their unique strengths or develop their professional leadership skills, Magnifi U’s mission is to help everyone unlock their full potential.